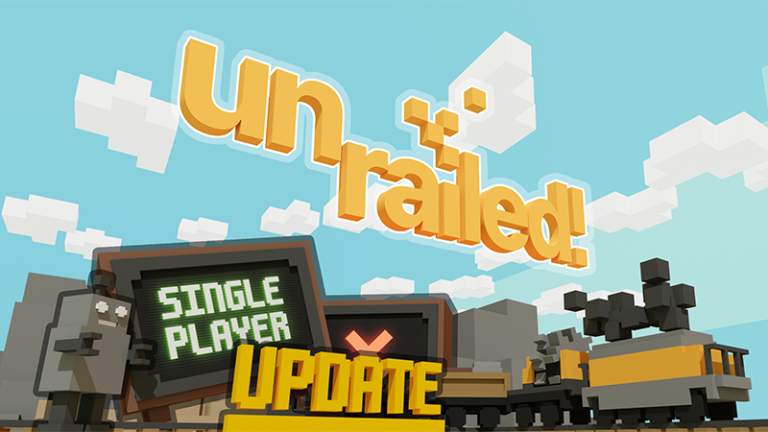 This update has been in the works for a loooong time. A single player mode was actually one of the first things we worked on after we bolted down the core gameplay. We iterated through a couple of design approaches, however we never felt that the single-player mode came close enough to the chaotic gameplay that ensues when playing Unrailed cooperatively. But since a single-player mode has been by far the most requested feature since our launch in September, we decided to really focus on that mode and thought a lot about how to make it as interactive and chaotic as Unrailed is when played with other players. And we think this time we managed to get there.

What we came up with is the following: When you play alone, the bot will help you out! And just like with human players, you can give it commands using emoji, but the bot will actually follow them:grin:. You can even let it know exactly where you want to lay your tracks through and the bot helps you plough through that path.

Also, we added a sandbox-mode, where you can customize your train right at the beginning with all things you have already unlocked, to help you train with different train-setups.

We hope you’ll dig the new modes as much as we do!

And as always, should you run into any problems let us know in #bugs on Discord (https://discordapp.com/invite/f5mBuWv).